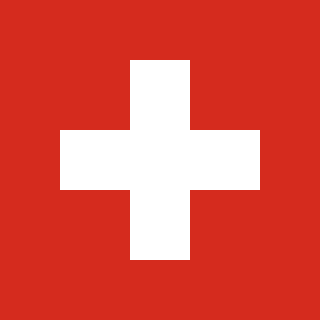 This country has 2 colors in their national flag which are Maximum Red (#D52B1E) and White (#FFFFFF).

Switzerland (German Schweiz) is located in western-central Europe and has one of the highest per capita incomes in the world. Though the capital is Bern, the largest city in the country is Zurich.

The Swiss flag is square with a bold white cross on a red field. Vatican City being the only other sovereign state with a square flag. The flag of Switzerland was adopted in December 1889.