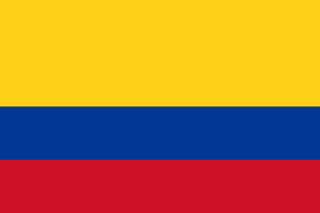 The colors in the Colombian flag are interpreted in various ways. The yellow (amarillo) can stand for the country’s wealth, the soil, gold, peace, justice and/or the Sun. The blue (azul) is for the waters that grace the Colombia shores and the rivers. The red (rojo) is for the blood shed during independence and also for the citizen’s struggle and perseverance.

The flag is a tricolour consisting of three stripes – the yellow stripe, which is at the top is double that of the blue and red following it.