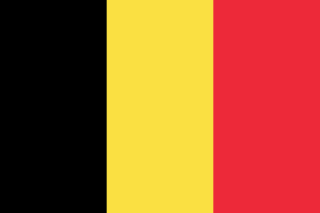 The national flag of Belgium has three colors – black, yellow and red with hexadecimal codes #000000, #FDDA24 and #EF3340, respectively. The closest Pantone® values of these colors are Black, 115 C and Red 032 C. The corresponding RGB and CMYK codes are in the table. The Belgian flag was inspired by the Brabantian Revolution flag and the colors were taken from the coat of arms of the Dutch of Brabant. Finally, the yellow of the flag is indicated as yellow and not gold as in the German flag which also has the same colors.

The name of the country comes from the Roman province called Belgica (Bélgica). The flag is called Vlag van België in dutch, Drapeau belge in french and Flagge Belgiens in German.